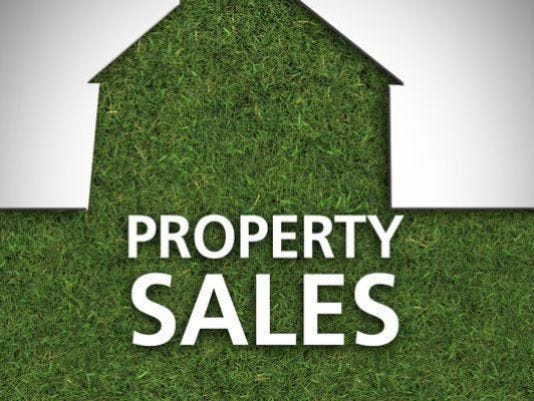 The rental industry in Lewes could be shaped at the Mayor and Council meeting on Monday October 10.

A public hearing was held Oct. 3 on a proposed ordinance to amend the city code to add a new section. Chapter 150 deals with rental licenses and establishes programs and standards for short-term and long-term rentals. The product of months of work by Councilor Carolyn Jones’ ad hoc committee, officials believe they’ve created something that addresses the concerns of those committed to and opposed to renting. Jones said the goal was to add to the regulations, but not take anything away from anyone.

“We went through it area by area and, where possible, tried to address all aspects of short-term rentals that we could, as well as long-term rentals,” Jones said.

The committee was made up of people from a variety of backgrounds, including a short-term rental owner. Officials say more than 50 emails were sent to the committee, in addition to residents actively participating in meetings. The public hearing gave residents one last chance to openly discuss the bylaws before the mayor and city council vote on the ordinance. In addition to the proposed Chapter 150, officials also discussed the zoning code and permitted uses and structures for rental in each zone.

Kevin McGuiness, speaking on behalf of the Lewes Beach Civic Association, spoke at length with Jones, city attorney Glenn Mandalas and other officials during what was supposed to be just eight minutes of word. McGuiness’s conversations seemed productive, as members of the mayor and city council thanked him for flagging areas of concern as he methodically went through the project line by line.

McGuiness raised a concern about the use of the word “may” rather than “shall”. McGuiness, a lawyer, said legal definitions of the two terms vary and “may” implies there could be a denial even if the applicant does whatever is necessary. The “may” standard, McGuiness said, also complicates the denial process because, as things stand, the city doesn’t have to provide a reason for denial. Officials made the changes from “may” to “shall” on October 5.

Another concern of McGuiness is something Building Inspector John Robitaille has already addressed at a previous meeting – the enforcement of infractions and the schedules attached to each. Previously, Robitaille said the violations would be governed by separate tracks and the building department was working to establish categories for each violation. A person should have the exact same type of violation before the punishment escalates. An Oct. 5 addition to the draft states that six notices of violation in all categories or three violations in the same category would result in the revocation of a rental license. McGuiness’s concerns centered on the revocation of a license and the income a tenant would lose if that were to happen.

Throughout the summer, residents have often raised concerns about the impact of short-term rentals on the quality of life in Lewes. Some wanted to eliminate short-term rentals. To allay concerns, the order includes a requirement for a local contact person who must be available to respond within two hours, at any time, to complaints. McGuiness and Lewes resident Barbara Curtis thought that was a high requirement.

City Manager Ann Marie Townshend said if City Hall was called during normal business hours or the Lewes Police Department after normal business hours, the local person would be contacted. Responsibility for remedying the situation rests with the local contact person, but Townshend said police officers or city staff will be available to help resolve unruly situations. Jones said the reason for the 24/7/365 availability requirement comes from someone renting out their property because they want to be aware of what’s going on at their property.

McGuiness and real estate agent Lee Ann Wilkinson each discussed cases of ambiguous violations. Wilkinson says she has examples of a resident submitting false complaints simply because they don’t like short-term rentals, while McGuiness cited the example of a barking dog. Townshend said she thinks the police department is doing a great job filtering out invalid complaints and an audit will take place. If a tenant faces the revocation of their license as a result of multiple violations, they may appeal the decision to the Board of Adjustment within 20 days for a fee of $1,250. A stay will be given to the dismissal until the board makes a decision. As noted, licensees will not be able to appeal violations prior to revocation.

Public comments are open until noon on Friday, October 7. The Mayor and City Council meet at 6:30 p.m., Monday, October 10. In addition to the rental ordinance, officials will also vote on where rentals will be allowed.

Previous 5 Cities Where You Can Rent a 1,300 Square Foot Apartment for $1,500 or Less
Next Charming cottage comes with an added surprise