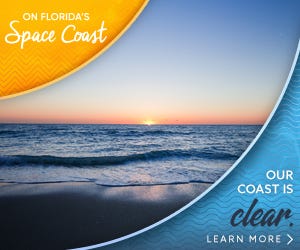 The project, which has not yet been filed with the city, would require city council approval for a zoning change and a special permit, according to the developers, who met with residents and several city councilors during a virtual session in January.

Developers have said 11 of the independent living units will be affordable. The rents for the apartments are not yet fixed.

Robert Korff, the director of Mark Development, said in a statement that his company was delighted to partner with Senior Resource Group on a “robust and unique continuum of senior living options” on Crafts Street.

“In our conversations with residents across the city on our other projects, it’s clear that there are a number of long-time residents of Newton who want to stay here in supported, independent living environments, but there’s not a lot of choice,” Korff said. “This project is unique to Newton in offering self-contained apartments, assisted living and memory care, creating an opportunity to age in place.”

The project would include indoor and outdoor spaces for meals, gatherings and community activities, he said.

He said if the project is allowed by the city, developers could start in late 2023 and the development would take about two years to build.

The independent living units would occupy a five- to seven-story section of the building, while a five-story section would house the assisted living and memory care units. The two sections would be connected and face a courtyard and driveway with access to Crafts Street, according to the proposal.

Self-employed residents would have access to health and fitness classes, recreation programs, a swimming pool, housekeeping and food services, developers said. There would be a 24-hour emergency call system and on-site staff, as well as regular transport services for appointments and shopping.

Assisted living units would feature what proponents described as highly personalized care services, such as catering, housekeeping, laundry, and assistance with daily chores.

Memory care would include specialized services for each resident, as well as facilities such as custom-designed common areas and an outdoor courtyard, according to the proposal.

Newtonville’s Trio, a 140-unit development approved by City Council in 2017, is now complete with residents living in the building with shops and a restaurant downstairs.

In September, City Council approved the development of Riverside, which will include more than 500 apartments and a pair of life science buildings. That same month, the city’s zoning appeal board approved the Dunstan East project, proposed under the state’s Chapter 40B Affordable Housing Act. This project will include 302 units in West Newton.

The Crafts Street project would be the first in the Greater Boston area for Senior Resource Group, which develops, owns and operates independent living, assisted living and Alzheimer’s and dementia care communities in Arizona, California, Florida, Georgia, Oregon, Texas, and Washington, the company said in a statement. The company serves 5,000 residents in 32 communities nationwide.

“Since 1988, the company has championed the development and management of innovative retirement communities that provide seniors with the knowledge, programs, resources and support to create their own wellness plan and live a fully engaged life,” the statement read.

The Newtonville project is not the only senior housing development being considered in Newton; a proposal by 2Life Communities would create more than 100 units of elderly housing near the town’s border with Needham.

The latest proposed development on Crafts Street would be located in Ward 2 of the city. One of the ward representatives, City Council President Susan Albright, said she has reviewed the project, but has not yet studied it in detail.

“As I understand the project will serve an older community with independent living, assisted living and memory care. I look forward to learning the details,” Albright said in an email.

Another representative from Ward 2, Councilor Emily Norton said she was delighted to see a proposal for more senior housing. Such housing is needed in Newton, she said in an email, and “will be needed more over time as our population ages.”

Norton raised a concern about the proposed height of the development.

“The presentation of the neighborhood showed a height of 7 stories, one story higher than the Washington [Street] 6 storey limit of the vision plan, so I hope the developer will adjust their plan to conform to the City Council approved vision plan for this area,” Norton said.

John Hilliard can be contacted at [email protected]